The NABJ short for the National Association of Black Journalist brought 6,000 members to Boston for its annual convention. It was a notable event. Watch this 2014 video clip from #NABJ14

Hear what artists, entrepreneurs, developers and residents have to say about the SURVIVAL of Black Businesses in Roxbury Cultural District. The problem is succinctly described by the owner of Dudley Cafe at the 1:56:00 timeline mark. You can scroll the playhead to any timemark in the video.

The National Center of Afro-American Artist museum will be moving to the site where a new performance center is under construction for 2021.

Massachusetts Office of Film
Promotes diversity jobs and vendor supply to big budget movie and film productions who use the Massachusetts Film Tax credit. Website shows a current list of movies and projects in production now in Massachusetts that are hiring actors, extras and technical personnel. website

Blacks in the Film Industry

Click to see who is hiring
Employers are seeking candidates to interview. 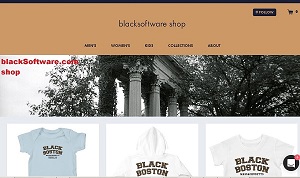 Referred by AboutBlackBostonOnline (ABBO), profiled on the Chronicles TV show.

Blacks on TV and Museums

Television personalities
Blacks on Boston TV
Soledad O'Brien started her career under Sarah Ann Shaw whom she gave tribute to during the Urban League's State of Black Boston reunion 2014.

Local television outlets have many brown faces these days. Old timers say there used to be more than there are now. TV news reporters and on air hosts show off the diversity of what a majority-minority city is. It is a Pan African mix. African Americans are not the majority group on air. The public affairs show format is a mainstay anchor for the Blacks on TV category. Karen Holmes hosts CityLine Sunday mornings, Callie Crossley does Greater Boston and Basic Black on Friday nights - she is on daytime GBH radio too, and Byron Barnett brands the Urban Update TV show on Sunday mornings.

Basic Black produced by WGBH is the longest running public affairs television program in Boston. The Comcast public affairs station BNN-TV Channel 23 showcases producers of color from Roxbury, Dorchester and Mattapan.
Food stories
about Black Boston, est. 1638.
A small group of Black Africans made Boston's first Black community. Carried as cargo by merchant traders, a group of African men and women came to town aboard the ship named Desire in 1638, 17 years after Pilgrims founded Massachusetts Colony.
The Museum of Afro-American History on Beacon Hill offers guided tours while exhibiting Colonial African American life in Boston.
An important Civil War stature of African Americans is the U.S. 54th Regiment Memorial across the street from the Capitol building on Beacon Hill.


Read More
School Department Statistics:
Health and Human Services from Mass.Gov
MassHealth is recommended for people who can't get great health care coverage from employers. Many have said the state of Massachusetts really takes care of people who are economically less fortunate than the richer middleclass and that's true. If you are in a hospital, start talking to a social worker there immediately. If you are seeking a home or employment, there are agencies setup to help you get what you need.


business resources for people of color
Video of Boston tour

feedback
Let's talk. Click to Choose a meeting date.
Airport to Boston
Airport Taxi Pool
Airport taxi pool cabs are there all the time. The are cheap for short trips across town. Uber's that serve the airport are the higher priced SUV models. For flights running very early or very late, the taxi pool is useful. Ask us about competitive private car rates. A Boston taxi cab metered rate is $5.40 cents per mile. Suburban taxis charge $4.00 for the first mile and $3 for each additional mile. Boston taxis use a Flat Rate Chart based on $3.40 per mile for long distances.

The public city bus cost $2.10 without a day pass. Airports buses include the Logan Express Shuttle for $5. Catch it at Hynes Auditorium Back Bay. An express bus to the airport from suburban parking lots like Braintree cost $12 each way. Parking there is cheap. Taxi cab rates to Logan Airport vary by destination. Ask cab drivers for flat rates when traveling to nearby cities such as Cambridge, Somerville, Quincy, Waltham, etc. Many take taxis to the hospitals at Longwood. Those run $38-$42 each way. Patriots play football at Foxwoods. A cab from the airport runs about $95, but you can catch a scheduled train from South Station for $20 to the NFL football stadium. A taxi to Boston College Football runs $45-$55, to Fenway Park runs $40, to Brookline runs $40 ish.
Private Car Service
Cars with chaffeur for hire. request a quote
See Tours we sell
Transportation Provision
For Charter Bus Group Rates


Search Boston area hotels. Boston offers a wide variety of hospitality accommodations. You will find that hotel prices are a bit lower the further out you are from the city.
Shop Flights
Logan International Airport processes over 11 million passengers a year. The airport is across from Boston on the other side of Boston Harbor. Its in East Boston. Inexpensive shuttle buses go there. UBER and LYFT go there. Boston Taxi Cabs are convenient.
Black Boston Souvenirs
We sell Black Boston items.
TV SHOWS
EMBRACE Boston Common 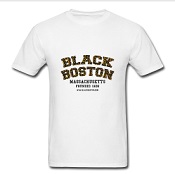 
Employers here want to hire you.

See who is hiring

Look at the affordable housing offers and you will find.