You can see info about more Black Heritage tours of Massachusetts, New Hampshire and African American heritage sites in the New England states at our AboutBlackBoston.org marketplace website.

In Boston's Highland Park, one of twenty-one distinct neighborhoods in the city, are the tallest hills around to take in views of the City of Boston. From there you can catch the complete sight of downtown high rises and the surrounding urban landscape. Highland Park is a moderately populated residential area with large, architecturally interesting homes built in colonial times. The home of William Lloyd Garrison the prominent American abolitionist, journalist, suffragist and social reformer pal to Frederick Douglas sits on the highest point overlooking a bird santuary in the back yard. One of a kind mansions perserved in the colonial period tradition are interesting to see in this area of Roxbury. 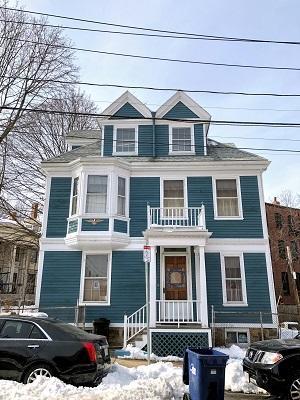 a refurbished colonial in Highland Park

You will see the Marcus Garvey Apartments complex, a Roxbury middle school, The Islamic Society of Boston Mosque Cultural Center, Roxbury Community College, the First Church in Roxbury, a Black barber shop, an African cuisine restaurant, The Cruz Construction Company headquarters and non-profit offices at he entrance of our HIghland Park walking tour. 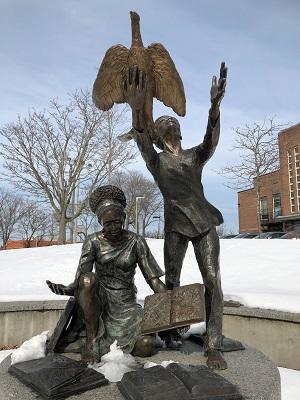 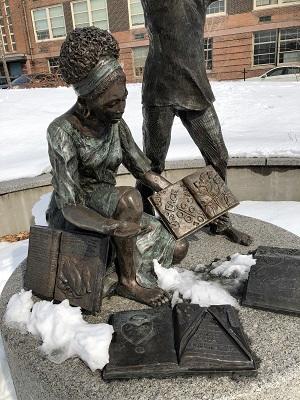 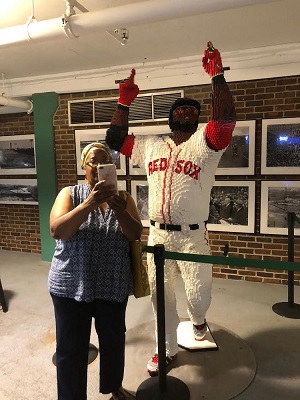 See the home of the Boston Red Sox

do you have any questions?

There is more to Black Boston than you can see in one day and no wonder. Beginning with the Early Africans, there are imprints of the Black presence all over America's oldest city, Martha's Vineyard, Nantucket, Cape Cod and the New England states. You could start with structured Black Heritage Trail tours of Boston and Portsmouth New Hampshire because they are accessible daytime activities and day trip experiences.

One Dorcas de Blackmore, an African woman from Angola, was baptized in the 1640s at the First Church in Dorchester. Owned by the Puritan Blackmore family who put her to work in their homestead, she met a Black man who lived a distance away. Dorcas was unique. She learned English and could speak it better than Whites. She became a respected member of the Blackamore's church. The membership pooled their money together to buy her freedom. The Early Africans naturally formed romantic relationships with one another despite their restricted, enslaved status in the colony.

A self-sustaining African American community formed. Blacks were living on Beacon Hill, the West End and in the North End. History has it that blacks and "bad" people took resident in these neighborhoods in the 17th century because the property was cheap due to the smell from Charles River nearby. It was the dumping ground for all the City of Boston's waste and refuse.

Black Beacon Hill was the safest place for Black folks in Early Boston. The community practiced anti-slavery campaigns and operated an Underground Railroad route. They dug tunnels between the attached houses to escape slavecatchers, who dared traveling into the hill's back alleys because they were likely to run into Black men ready to fight and protect fleeing slaves. Blacks moved off Beacon Hill when a wave of immigrants, many whom were Jewish, came to live there. A prominent Jewish synagogue building still stands on the Beacon Hill Black Heritage Trail.

Book a Tour or Request information
Chat Live with Concierge 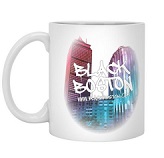 End your day on a perfect note on this 90-minute sunset cruise sightseeing tour which provides spectacular views of the sunset and the Boston skyline. With this cruise you'll be introduced to all the history, sights and lore that Boston Harbor has to offer, plus you'll be on hand to witness the USS Constitution's sunset serenade as she fires her cannon and lowers her flag ceremoniously signaling the day's end.
©Copyright 2006-2018 www.AboutBlackBostonOnline.com All Rights Reserved
For more information feel free to Contact Us